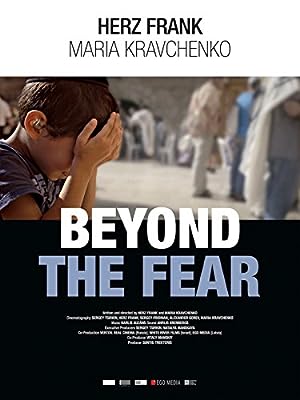 How to Watch Beyond the Fear 2015 Online in Australia

What is Beyond the Fear about?

The main characters of the film have made choices, which change their lives forever. A young man Yigal Amir assassinates the Prime Minister of Israel and becomes the most hated prisoner in the country. Larissa, who emigrated from Russia, mother of four divorces her first husband, marries the assassin and gives birth to his son. For many years the film authors have been trying to solve and perceive this complicated story. One of them, Hertz Frank, passes away during the shootings remaining on the threshold of the eternal mystery - life, death and love...

Where to watch Beyond the Fear

Which streaming providers can you watch Beyond the Fear on

The cast of Beyond the Fear

Beyond the Fear is a great Documentary movie, we’ve selected several other movie options that we think you would like to stream if you have watched Beyond the Fear

Beyond the Fear is a great documentary show, we’ve selected several other show options that we think you would like to stream if you have watched Beyond the Fear

Watch Beyond the Fear