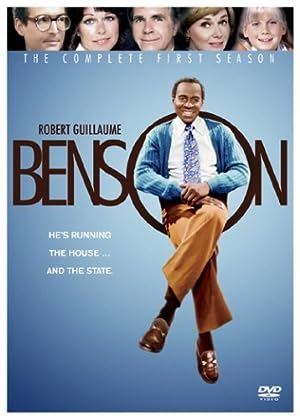 How to Watch Benson Online in Australia

The cast of Benson

What is Benson about?

In this spinoff of "Soap", Benson DuBois is sent out West to serve as butler to widowed state governor Gene Gatling, an honest but bumbling servant of the people. Although he has his rivals in German maid Kraus and persnickety aides Clayton and Taylor, Benson, armed with an acerbic wit and plenty of smarts, becomes the Governor's close friend and helper, and eventually is elected Lieutenant Governor!

Where to watch Benson