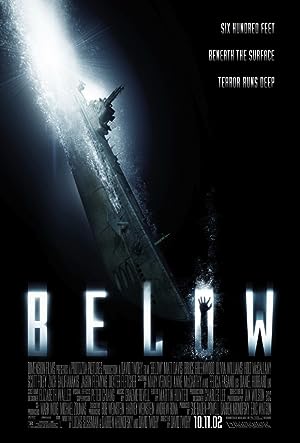 How to Watch Below 2002 Online in Australia

What is Below about?

In the dark silence of the sea during World War II, the submarine U.S.S. Tiger Shark prowls on what should be a routine rescue mission. But for the shell-shocked crew, trapped together in the sub's narrow corridors and constricted spaces, this is about to become a journey into the sensory delusions, mental deceptions and runaway fear that lurk just below the surface of the ocean and deep inside the human psyche.

Where to watch Below

Which streaming providers can you watch Below on

Here is the comprehensive list of streaming providers that will show Below in Australia. If Below will appear with other providers further down the line, this table will be updated.

The cast of Below

Below is a great Action movie, we’ve selected several other movie options that we think you would like to stream if you have watched Below

Below is a great action show, we’ve selected several other show options that we think you would like to stream if you have watched Below