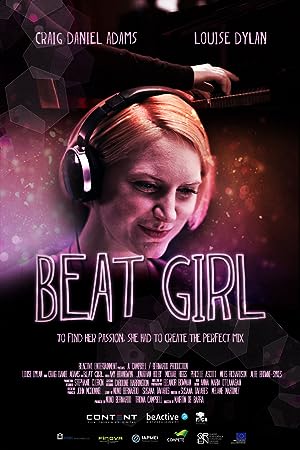 How to Watch Beat Girl 2013 Online in Australia

What is Beat Girl about?

For Heather music is everything. Following in her mother's footsteps, Heather has always dreamed about getting into Juilliard and becoming a classical pianist. But all her dreams get shattered the day her mum dies, and her life suddenly falls into silence. Left with nothing but a piano and debts, Heather's only option is to move in with her estranged father and half-brother. When her application for a scholarship is rejected, Heather's last hope to see her Big Dream come true is swept away. Until one day she meets Toby, a hip and handsome music store owner who opens up a whole new world to her - the world of DJ-ing and dance music. Heather, who initially turns to DJing to raise some funds, is carried away by this enticing underground world, and her heart starts to beat again to the rhythm of a new life - and a new love. Heather eventually finds herself torn between two worlds of music and as her Juilliard audition approaches, time comes for her to choose. And for the first time in her life she starts questioning what it is that she really desires.

Where to watch Beat Girl

Which streaming providers can you watch Beat Girl on

Here is the comprehensive list of streaming providers that will show Beat Girl in Australia. If Beat Girl will appear with other providers further down the line, this table will be updated.

The cast of Beat Girl

Beat Girl is a great Drama movie, we’ve selected several other movie options that we think you would like to stream if you have watched Beat Girl

Beat Girl is a great drama show, we’ve selected several other show options that we think you would like to stream if you have watched Beat Girl