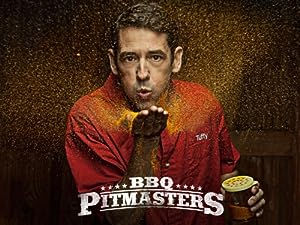 How to Watch BBQ Pitmasters Online in Australia

What is BBQ Pitmasters about?

This program is about America's top teams in competative BBQ. Teams from all over the U.S. try to become the Kingsford BBQ PITMASTERS GRAND CHAMPION. Professional judges like 3 time world BBQ champion Myron Mixon and Tuffy Stone, score the food prepared by the contestants on taste and tenderness. The best team advances to the next round to get one step closer in becoming the BBQ PITMASTERS GRAND CHAMPION and win $50.000 in prize money.

Where to watch BBQ Pitmasters

Which streaming providers can you watch BBQ Pitmasters on

Here is the comprehensive list of streaming providers that will show BBQ Pitmasters in Australia. If BBQ Pitmasters will appear with other providers further down the line, this table will be updated.

The cast of BBQ Pitmasters

BBQ Pitmasters is a great Reality-TV movie, we’ve selected several other movie options that we think you would like to stream if you have watched BBQ Pitmasters

BBQ Pitmasters is a great reality-tv show, we’ve selected several other show options that we think you would like to stream if you have watched BBQ Pitmasters