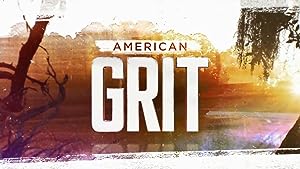 How to Watch American Grit Online in Australia

What is American Grit about?

American Grit is a physical, military-based reality competition, hosted by wrestling superstar John Cena. 16 American contestants are divided into four teams of four, which are all lead by four separate American military service people. The four team leaders/coaches consist of an Army Ranger sniper, a Navy Seal team leader, a Marine Corps sergeant, and an Army sergeant - all of whom have seen combat, and all of whom are highly decorated. The contestants will have to fight through challenge after challenge, all of which are modeled after real military training platforms, while dealing with the elements of the wilderness - not to mention each other. At the end of each episode, the team leaders of the 3 losing teams will pick a contestant from their team to run the dreaded Circus obstacle course. The obstacle course stays the same throughout the competition, but the "endurance challenge" at the end of the Circus changes from week to week. A contestant cannot be voted or kicked out of this competition. The only way out of this competition is to quit. At the end of the Circus obstacle course three contestants are locked in battle in a tough endurance test. The first contestant to step out (or fall out) of the endurance test must then "ring out" of the competition. (Much in the way that Navy SEALs do during training.) The final team of four to make it to the end of the competition will split a prize of up to $1 million, giving each of the final four contestants a chance to walk away with $250,000.

Where to watch American Grit

Which streaming providers can you watch American Grit on

Here is the comprehensive list of streaming providers that will show American Grit in Australia. If American Grit will appear with other providers further down the line, this table will be updated.

The cast of American Grit

American Grit is a great game-show show, we’ve selected several other show options that we think you would like to stream if you have watched American Grit