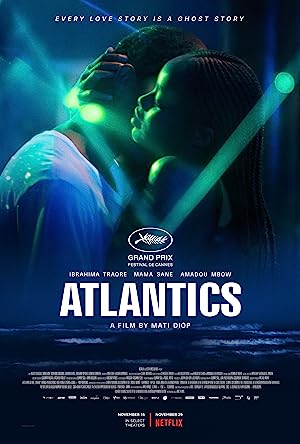 How to Watch Atlantics 2019 Online in Australia

The cast of Atlantics

What is Atlantics about?

In a popular suburb of Dakar, workers on the construction site of a futuristic tower, without pay for months, decide to leave the country by the ocean for a better future. Among them is Souleiman, the lover of Ada, promised to another.

Where to watch Atlantics