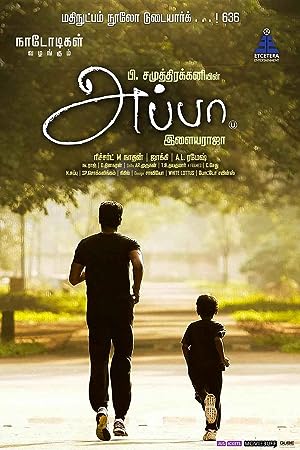 How to Watch Appa 2016 Online in Australia

What is Appa about?

It's all about father and son. A father who nurtures his son and makes him a good man in this society. He teaches many fathers about fatherhood and their responsibilities. This film shows about friendship, education, infatuation, love and family sentiments. This is another film which tears the face of the educational system. "APPA " movie is treat to many children, lesson for parents.

Where to watch Appa

Which streaming providers can you watch Appa on

Here is the comprehensive list of streaming providers that will show Appa in Australia. If Appa will appear with other providers further down the line, this table will be updated.

The cast of Appa

Appa is a great Drama movie, we’ve selected several other movie options that we think you would like to stream if you have watched Appa

Appa is a great drama show, we’ve selected several other show options that we think you would like to stream if you have watched Appa