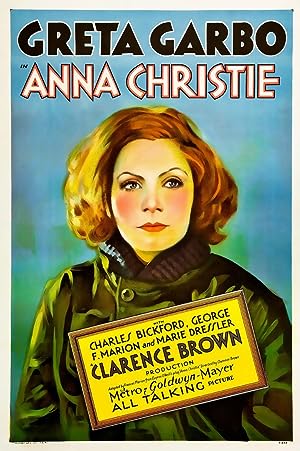 How to Watch Anna Christie 1930 Online in Australia

The cast of Anna Christie

What is Anna Christie about?

In New York, the alcoholic skipper of a coal barge Chris Christofferson receives a letter from his estranged twenty year old daughter Anna "Christie" Christofferson telling that she will leave Minnesota to stay with him. Chris left Anna fifteen years ago to the countryside to be raised by relatives in a farm in St. Paul and he has never visited his daughter. Anna Christie arrives and she is a wounded woman with a hidden dishonorable past since she had worked for two years in a brothel to survive. She moves to the barge to live with her father and one night, Chris rescues the sailor Matt and two other fainted sailors from the sea. Soon Anna and Matt fall in love with each other and Anna has the best days of her life. But when Matt proposes to marry her, she is reluctant and also haunted by her past. Matt insists and Anna opens her heart to Matt and to her father disclosing the darks secrets of her past.

Where to watch Anna Christie