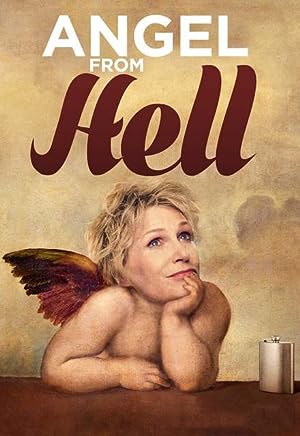 How to Watch Angel from Hell Online in Australia

What is Angel from Hell about?

ANGEL FROM HELL is a single-camera comedy about Amy, a colorful, brassy woman who insinuates herself into the life of an organized and seemingly perfect young woman, Allison, claiming to be her "guardian angel." Allison is an intense, driven doctor who is sure that Amy is just an inebriated, outspoken nut, until every one of her warnings proves true. Cautioned by Amy not tell anyone about her, Allison can't discuss this over-the-top oddball with her father and business partner, Marv, a sunburned dermatologist who shares an office with Allison, or her younger brother, Brad, a pharmaceutical sales rep who lives in a guest room over her garage. As Allison tries to push Amy away, Amy makes her final pitch: her sole mission is to provide Allison with helpful guidance that nudges her in the right direction in life - and it's her final chance to prove herself as an angel. With that, Allison agrees to this unlikely relationship because maybe a weird friend is exactly what she needs... and what if Amy really is her "guardian angel"?

Where to watch Angel from Hell

Which streaming providers can you watch Angel from Hell on

The cast of Angel from Hell

Angel from Hell is a great Comedy movie, we’ve selected several other movie options that we think you would like to stream if you have watched Angel from Hell

Angel from Hell is a great comedy show, we’ve selected several other show options that we think you would like to stream if you have watched Angel from Hell