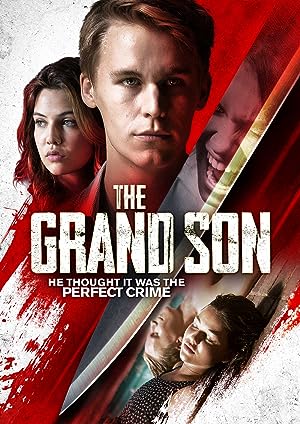 How to Watch American Pets 2018 Online in Australia

What is American Pets about?

High in the hills among the last remnants of Hollywood's golden age, 24-year-old Tod and his 22-year-old sister Lani live a breezy, charmed life in the sprawling mansion of their grandmother Judy, a former movie star now relegated to hosting a dying home-shopping show. Tod's carefree, narcissistic existence takes a dark turn when he accidentally (perhaps) shoots Judy, killing her instantly. Desperate to maintain his decadent lifestyle, Tod hatches a diabolical plan to cover up his grandma's death, keep her show rolling, and keep the money flowing. After seducing Judy's partner Barb, Tod convinces her to allow Lani to host the show in Judy's "absence." The ploy works and the ratings go up. Next, Tod turns his attention to the mansion's 25-year-old handyman Jacob, who also happens to be involved with Lani. Jacob is the one person that can help Tod put the finishing touches on his evil opus. Surviving a long string of close shaves, Tod manages to outwit everyone, even the LAPD. With Lani finally back in his fold and happy in their conspiracy, we follow them as they ride into the California sunset.

Where to watch American Pets

Which streaming providers can you watch American Pets on

Here is the comprehensive list of streaming providers that will show American Pets in Australia. If American Pets will appear with other providers further down the line, this table will be updated.

The cast of American Pets

American Pets is a great Thriller movie, we’ve selected several other movie options that we think you would like to stream if you have watched American Pets