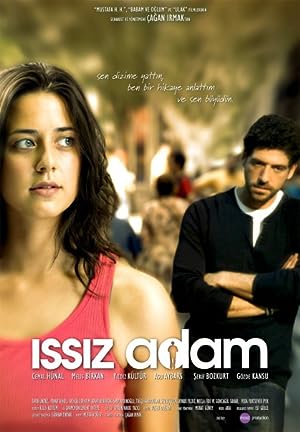 How to Watch Alone 2008 Online in Australia

What is Alone about?

Alper is in his mid 30s and a good chef at his own restaurant. He loves luxury and spends his life with one-night stands and paid love. One day, his life changes utterly as he walks into a second-hand shop where he first encounters Ada who is in her late 20s and has a shop where she designs costumes for kids. She leads a modest life and one day while looking for a book, her and Alper's paths cross. Alper is fascinated by Ada's beauty and starts following her with the book she has been looking for. They both experience first signs of love, which they have never experienced before. Although Alper tries to fit Ada into his life, he realizes that this narrows his life down while on the other hand Ada has already fallen in love with him. 'Issiz Adam' portrays the life of those whose lives have been isolated by modern lifestyles. The film is also filled with food, mothers, old songs, and love.

Where to watch Alone

Which streaming providers can you watch Alone on

Here is the comprehensive list of streaming providers that will show Alone in Australia. If Alone will appear with other providers further down the line, this table will be updated.

The cast of Alone

Alone is a great Drama movie, we’ve selected several other movie options that we think you would like to stream if you have watched Alone

Alone is a great drama show, we’ve selected several other show options that we think you would like to stream if you have watched Alone