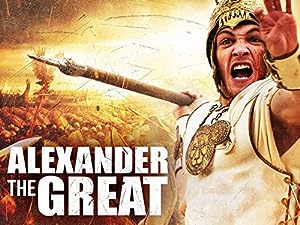 How to Watch Alexander the Great Online in Australia

What is Alexander the Great about?

One of the most iconic personalities in history, Alexander the Great was also one of its greatest commanders, who expanded his father's realm from Macedonia to Egypt and India. This miniseries explores the legacy of Alexander the Great.

Where to watch Alexander the Great

Which streaming providers can you watch Alexander the Great on

The cast of Alexander the Great