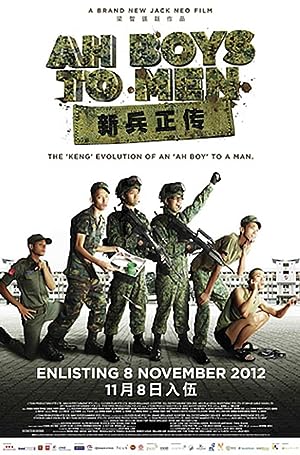 How to Watch Ah Boys to Men 2012 Online in Australia

The cast of Ah Boys to Men

What is Ah Boys to Men about?

The film opens with the Republic of Singapore apparently being under an immense invasion from a fictional army, with iconic Singaporean landmarks (such as the Merlion and the Esplanade) ...

Where to watch Ah Boys to Men