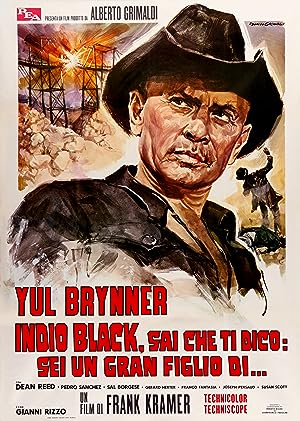 How to Watch Adiós, Sabata 1970 Online in Australia

What is Adiós, Sabata about?

In Mexico, during the rule of the self-proclaimed Emperor of Mexico Maximillian (1864-1867), Mexican revolutionaries and Republican forces try to bring former Mexican President Benito Juárez back to power. The United States in neutral and is going through the pains of the American Civil War. Mexican guerrilla leader Señor Ocaño hires gunfighter Sabata to steal a wagon-load of gold from Emperor Maximillian's Austrian and French forces. When Sabata and his friends, Escudo and Ballantine, finally get their hands on a wagon, they discover it's full of sand rather than gold. They suspect that the gold was stolen by Austrian Colonel Skimmel. Therefore, Sabata and his partners set out to find the gold and give it to the Mexican revolutionaries.

Where to watch Adiós, Sabata

Which streaming providers can you watch Adiós, Sabata on

Here is the comprehensive list of streaming providers that will show Adiós, Sabata in Australia. If Adiós, Sabata will appear with other providers further down the line, this table will be updated.

The cast of Adiós, Sabata

Adiós, Sabata is a great Action movie, we’ve selected several other movie options that we think you would like to stream if you have watched Adiós, Sabata

Adiós, Sabata is a great action show, we’ve selected several other show options that we think you would like to stream if you have watched Adiós, Sabata