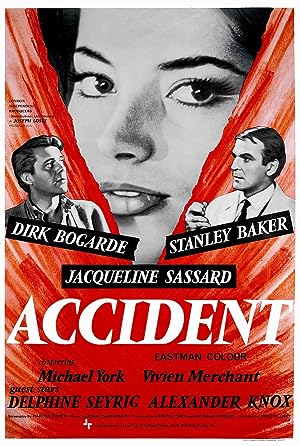 How to Watch Accident 1967 Online in Australia

The cast of Accident

What is Accident about?

The Oxford professor of philosophy Stephen has two favorite pupils, the athletic aristocrat William and the Austrian Anna von Graz. Stephen is a frustrated man, with a negligent wife, Rosalind, who is pregnant of their third child, and is envious of the Oxford professor Charley that has a television show. Stephen feels attracted to Anna, but William woos her and she becomes his girlfriend. Charley has a love affair with Anna but when things go wrong, Anna must leave town.

Where to watch Accident