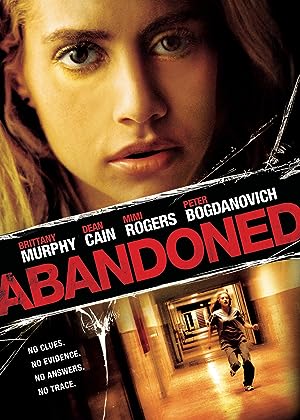 How to Watch Abandoned 2010 Online in Australia

The cast of Abandoned

What is Abandoned about?

Mary Walsh delivers boyfriend Kevin to a hospital for routine outpatient surgery. But when Mary returns to take him home, he's mysteriously vanished. An administrator can find no record of him, and a police search turns up nothing. Increasingly frantic, Mary's taken to staff psychiatrist Dr. Bensley, who pronounces her unstable. Now she must not only find her missing boyfriend, but prove her own sanity as well. When a stranger informs her he knows Kevin's whereabouts and demands a $10 million ransom, she has one hour to comply... and her boyfriend's life hangs in the balance. Forced to embezzle the money from the bank where she works, Mary soon discovers the shocking truth behind the disappearance. Now time is running out and she must take matters into her own hands to save herself.

Where to watch Abandoned