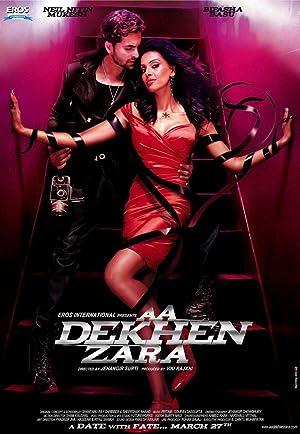 How to Watch Aa Dekhen Zara 2009 Online in Australia

The cast of Aa Dekhen Zara

What is Aa Dekhen Zara about?

Mumbai-based struggling wildlife photographer, Ray Acharya, is informed that his maternal grandfather has passed away, and left some mementos for him. He picks them up, finds out they include an old camera which has the uncanny ability to photograph the future. He uses it to amass wealth at the lotteries and races; and woos struggling singer, Simi Chatterjee, but finds that he has to face enemies who want the camera by hook or by crook. The first one is a ruthless assassin simply known as Captain; the other is Special Officer Puri. And even if Ray manages to survive either of these two - who pursue him all the way to Bangkok - he will still have to face yet another enemy - death!

Where to watch Aa Dekhen Zara