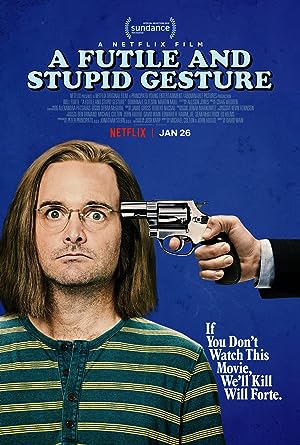 The cast of A Futile and Stupid Gesture

What is A Futile and Stupid Gesture about?

In the 1970s and '80s, National Lampoon's success and influence creates a new media empire overseen in part by the brilliant and troubled Douglas Kenney.

Where to watch A Futile and Stupid Gesture

A Futile and Stupid Gesture Trailer

More Biography movies like A Futile and Stupid Gesture

More Biography tv shows like A Futile and Stupid Gesture