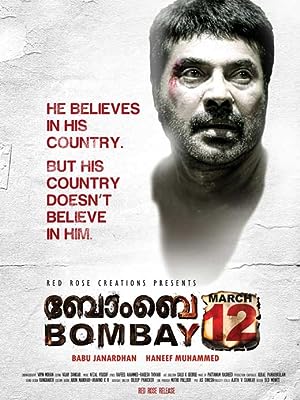 Mammootty in Bombay March 12 Bombay March 12, which is Babu Janardhanan's debut directorial venture, has Mammootty in the lead and goes back in time, to the early 1990's. The film zooms in on the Mumbai riots of 1993 and strives to talk about the sufferings of the common people during those turbulent times.

Which streaming providers can you watch 1993 Bombay March 12 on