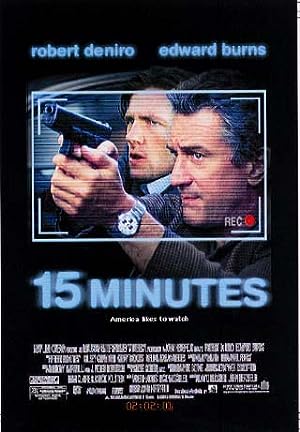 How to Watch 15 Minutes 2001 Online in Australia

What is 15 Minutes about?

When Eastern European criminals Oleg and Emil come to New York City to pick up their share of a heist score, Oleg steals a video camera and starts filming their activities, both legal and illegal. When they learn how the American media circus can make a remorseless killer look like the victim and make them rich, they target media-savvy NYPD Homicide Detective Eddie Flemming and media-naive FDNY Fire Marshal Jordy Warsaw, the cops investigating their murder and torching of their former criminal partner, filming everything to sell to the local tabloid TV show "Top Story."

Where to watch 15 Minutes

Which streaming providers can you watch 15 Minutes on

Here is the comprehensive list of streaming providers that will show 15 Minutes in Australia. If 15 Minutes will appear with other providers further down the line, this table will be updated.

The cast of 15 Minutes

15 Minutes is a great Action movie, we’ve selected several other movie options that we think you would like to stream if you have watched 15 Minutes

15 Minutes is a great action show, we’ve selected several other show options that we think you would like to stream if you have watched 15 Minutes