The Best Michael Winterbottom Movies Ranked And Where to Watch them

If you're looking for the best Michael Winterbottom movies of all time then here is a definitive list. We rank every movie directed by Michael Winterbottom based on their popularity score from IMDB from best to worst. Click on the ‘see more’ button to find out where to watch them in Australia covering all streaming services. In July 2021 there are 14 films in this list. 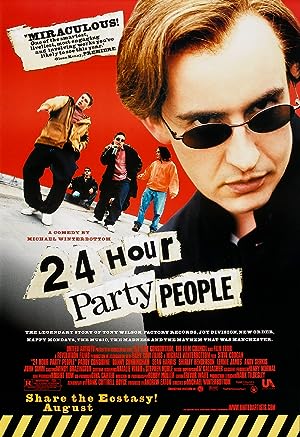 Manchester 1976: Cambridge educated Tony Wilson, Granada TV presenter, is at a Sex Pistols gig. Totally inspired by this pivotal moment in music history, he and his friends set up a record label, Factory Records, signing first Joy Division (who go on to become New Order) then James and the Happy Mondays, who all become seminal artists of their time. What ensues is a tale of music, sex, drugs, larger-than-life characters, and the birth of one of the most famous dance clubs in the world, The Hacienda - a mecca for clubbers as famous as the likes of Studio 54. Graphically depicting the music and dance heritage of Manchester from the late 70's to the early 90's, this comedy documents the vibrancy that made Mad-chester the place in the world that you would most like to be. 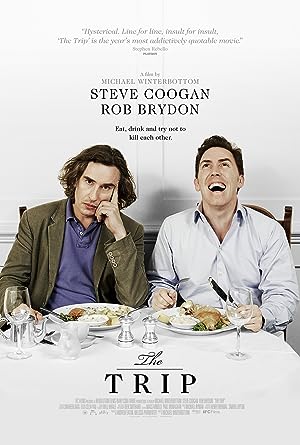 When Steve Coogan is asked by The Observer to tour the country's finest restaurants, he envisions it as the perfect getaway with his beautiful girlfriend. But, when she backs out on him, he has no one to accompany him but his best friend and source of eternal aggravation, Rob Brydon. 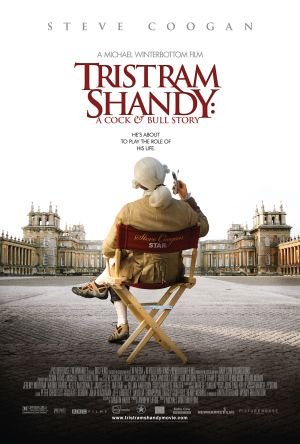 Two actors, as their make up is applied, talk about the size of their parts. Then into the film: Laurence Sterne's unfilmable novel, Tristram Shandy, a fictive autobiography wherein the narrator, interrupted constantly, takes the entire story to be born. The film tracks between "Shandy" and behind the scenes. Size matters: parts, egos, shoes, noses. The lead's girlfriend, with their infant son, is up from London for the night, wanting sex; interruptions are constant. Scenes are shot, re-shot, and discarded. The purpose of the project is elusive. Fathers and sons; men and women; cocks and bulls. Life is amorphous, too full and too rich to be captured in one narrative. 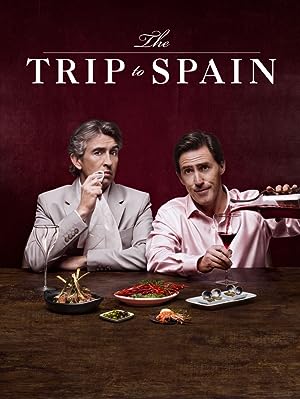 4. The Trip to Spain

Actors Steve Coogan and Rob Brydon embark on a six-part episodic road trip through Europe. This time they're in Spain, sampling the restaurants, eateries, and sights along the way. 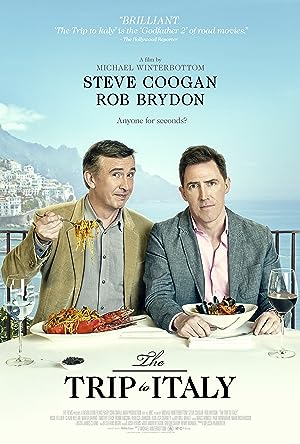 5. The Trip to Italy

Years after their successful restaurant review tour of Northern Britain, Steve Coogan and Rob Brydon are commissioned for a new tour in Italy. Once again, the two comedy buddies/rivals take the landscape as well as the cuisine of that country in a trip filled with witty repartee and personal insecurities. Along the way, their own professional and personal lives comes in as these slightly older men's friendship comes through. 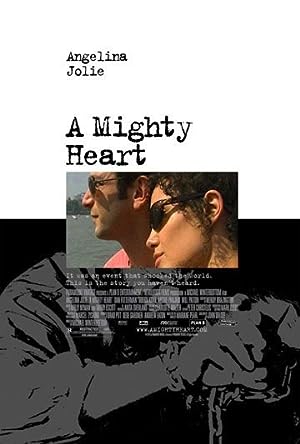 On January 23, 2002, Wall Street Journal reporter Daniel Pearl is to fly from Karachi to Dubai with his pregnant wife, Mariane, also a reporter. On the day before, with great care, he has arranged an interview in a café with an Islamic fundamentalist cleric. When Danny doesn't return, Mariane initiates a search. Pakistani police, American embassy personnel, and the FBI examine witnesses, phone records, e-mails, and hard drives. Who has him? Where is he? There's also the why: because of U.S. abuse of prisoners at Guantanamo, because of a history of Journal cooperation with the CIA, because Pearl is a Jew? Through it all, Mariane is clearheaded, direct, and determined. 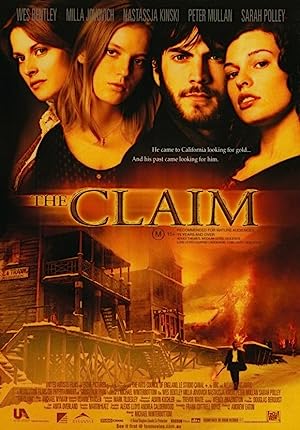 A prospector sells his wife and daughter to another gold miner for the rights to a gold mine. Twenty years later, the prospector is a wealthy man who owns much of the old west town named Kingdom Come. But changes are brewing and his past is coming back to haunt him. A surveyor and his crew scout the town as a location for a new railroad line and a young woman suddenly appears in the town and is evidently the man's daughter. 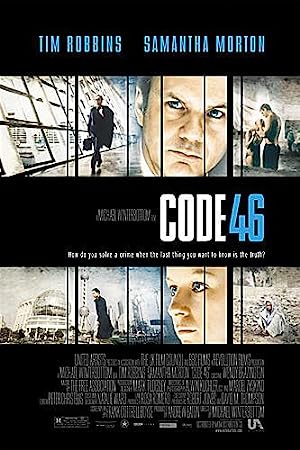 Code 46 is a love story set in a Brave New World-type near-future where cities are heavily controlled and only accessible through checkpoints. People cannot travel unless they have "papeles" (papers in Spanish; words and sentences in many languages, especially Spanish, French and Chinese are mixed with English in this new world), a special travel permit issued by the totalitarian government, the "Sphinx". Outside these cities, the desert has taken over and shanty towns are jammed with non-citizens - people without IDs forced to live primitive lives. William is a family man who works as a government investigator. When he is sent to Shanghai to solve a case of fake IDs, he meets a woman named Maria. Although he realizes she is behind the forgeries, he cannot help but fall completely in love with her. He hides her crime and they have a wild, passionate affair that can only last as long as his visa: 24 hours. Back home, William is obsessed with the memory of Maria. When the original investigation is inevitably re-opened a week later and William is sent back to finish the work he started, he tracks her down, only to discover she has been accused of a Code 46 violation and any further relationship is impossible. 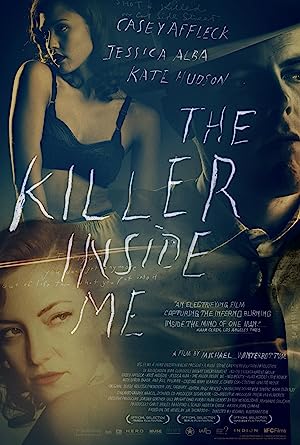 9. The Killer Inside Me 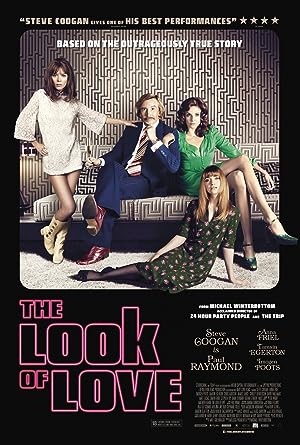 After the untimely death of his daughter, Paul Raymond reflects on his life. Rising from a mind-reading act, Raymond grew to have a fabulously successful career as an erotica magnate that would make him the richest man in Britain. However, for all his material success, Paul's appetites mess up his personal life, such as alienating his wife with his philandering. Furthermore, even as he challenged his society's sexual mores, Paul's relationship with his daughter proves troublingly problematic as she came of age. While trying to be the best father he could, Paul gradually comes to realize that his proclivities have impoverished him in ways that mere money cannot address. 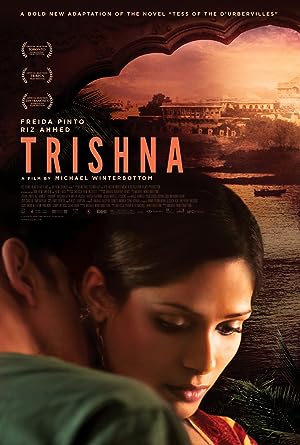 Based on Thomas Hardy's classic novel Tess of the D'Urbervilles, 'Trishna' tells the story of one woman whose life is destroyed by a combination of love and circumstances. Set in contemporary Rajasthan, Trishna (Freida Pinto) meets a wealthy young British businessman Jay Singh (Riz Ahmed) who has come to India to work in his father's hotel business. After an accident destroys her father's Jeep, Trishna goes to work for Jay, and they fall in love. But despite their feelings for each other, they cannot escape the conflicting pressures of a rural society which is changing rapidly through industrialisation, urbanisation and, above all, education. Trishna's tragedy is that she is torn between the traditions of her family life and the dreams and ambitions that her education has given her. 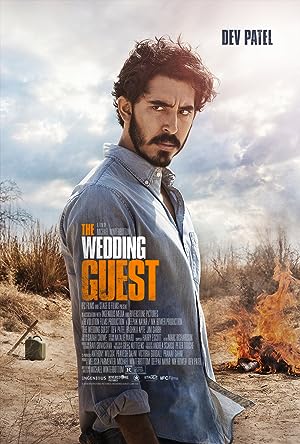 A story centered on a mysterious British Muslim man (Dev Patel) on his journey across Pakistan and India.

Matt, a young glaciologist, soars across the vast, silent, icebound immensities of the South Pole as he recalls his love affair with Lisa. They meet at a mobbed rock concert in a vast music hall--London's Brixton Academy. They are in bed at night's end. Together, over a period of several months, they pursue a mutual sexual passion whose inevitable stages unfold in counterpoint to nine live-concert songs. 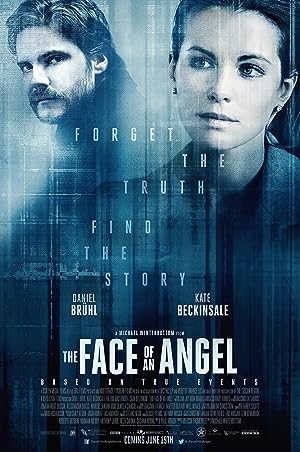 THE FACE OF AN ANGEL tells the story of a journalist and a filmmaker as they lose themselves in a notorious murder case they are covering. Based on true events, a riveting account of the controversial case of a American student accused of murder in Italy.
Back to top