If you're looking for the best shows or movies starring Jay Hernandez then here is a definitive list. We’ve ranked every movie and show starring Jay Hernandez based on their popularity score from IMDB from best to worst. Click on the ‘see more’ button to find out where to watch them in Australia covering all streaming services. List updated in October 2021. 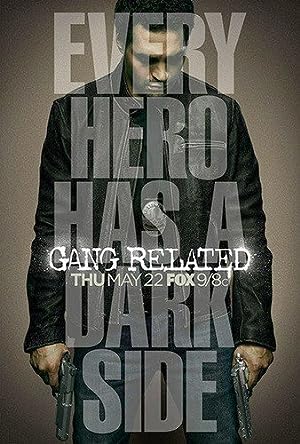 Every villain has a noble cause, and every hero has a dark side. In the gritty new action-drama GANG RELATED, Detective RYAN LOPEZ is a rising star in Los Angeles' elite Gang Task Force. What the world doesn't know is that long before Ryan became a cop, he pledged allegiance to a different band of brothers - a powerful Latino gang called Los Angelicos. When Ryan's best friend and police partner is senselessly killed by a notorious gang member, Ryan teams up with longtime Task Force member CASSIUS GREEN, who has been at the forefront of the city's war on organized crime. In this war between law enforcement and gangs, the series explores how only people who really know the streets can win the battle on the streets. Despite his profession, Ryan is still beholden to the gang's leader, JAVIER ACOSTA, the father figure Ryan has tried to make proud his entire life and the man who masterminded his entry into the police force. It's a secret that has been held for a decade by Ryan, Javier and Javier's sons: cold-blooded gang lieutenant CARLOS; and Ryan's childhood best friend, straight-laced investment banker DANIEL. But Ryan is starting to realize that he is even more dedicated to being a cop than he is to Los Angelicos. He is respected by his team, including TAE KIM, VERONICA "VEE" DOTSEN and Task Force leader SAM CHAPEL, Ryan's other surrogate father figure, whose estranged daughter, JESSICA Hill, is the city's Assistant District Attorney. Ryan's education comes from the streets, and that schooling will work to his advantage, as he, Cassius and the rest of the police unit take aim at the city's most dangerous gangs. While balancing two allegiances, two father figures and two families, Ryan's increasing sense of loyalty to one will help him finally determine which side of the law he is really on. 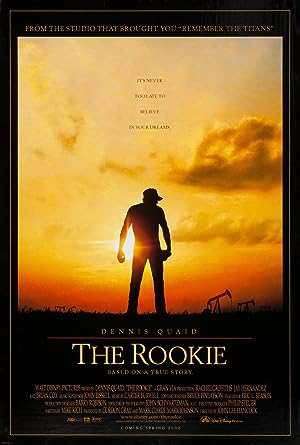 Jim Morris is a Texas high school chemistry teacher and coach of the school's baseball team. He's always loved baseball and as a way of motivating his players, he agrees to go to a professional try-out if they win the championship. He once had aspirations to be a professional baseball player but an injury brought that to an end. Sure enough, the 39 year-old father of three finds himself at a camp for the Tampa Bay Devil Rays and he somehow seems to have regained his pitching arm, easily throwing a 98 mph fastball. Signed to a contract, he toils in the minor leagues while his supportive wife stays home raising their children. He soon finds himself called up to the big club and pitching for Tampa which is in Texas playing the Rangers. Based on a true story. 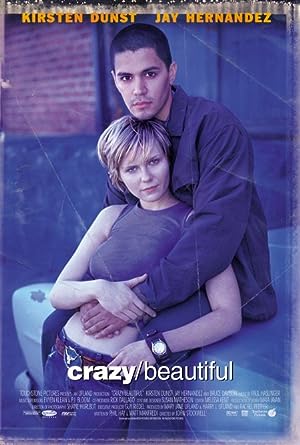 When fate brings together two high school seniors from opposite sides of the tracks, it's something crazy/beautiful. Nicole (Kirsten Dunst) is the 17-year-old troubled daughter of a wealthy congressman who never met a rule she didn't break. Carlos (Jay Hernandez) is a grade A student with big dreams who endures a two-hour bus ride every morning to attend high school in an upscale L.A. neighborhood. Their innocent flirtations quickly develop into passionate love, but Nicole's self-destructive behavior threatens their relationship and puts Carlos' promising future in jeopardy. Will their intense passion keep them together despite the objections of their families or will Carlos be forced to plan his future without Nicole? 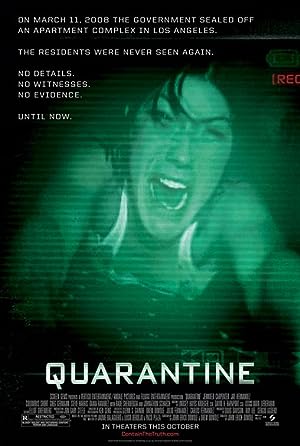 A television reporter and her cameraman are assigned to spend the night shift with a Los Angeles Fire Station. After a routine 911 call takes them to a small apartment building, they find police officers already on the scene in response to blood curdling screams coming from one of the apartment units. They soon learn that a woman living in the building has been infected by something unknown. After a few of the residents are viciously attacked, they try to escape with the news crew in tow, only to find that the CDC has quarantined the building. Phones, internet, televisions and cell phone access have been cut-off, and officials are not relaying information to those locked inside. When the quarantine is finally lifted, the only evidence of what took place is the news crew's videotape. 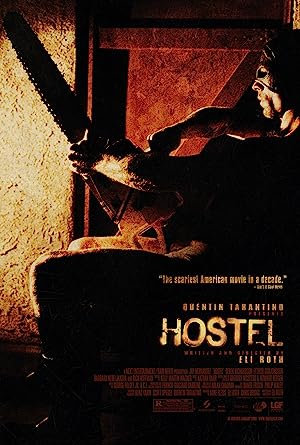 3 backpackers are in Amsterdam where they get locked out of their youth hostel. They are invited into a man's house where he tells them of a hostel somewhere in eastern Europe where the women are all incredibly hot and have a taste for American men. When they get there, everything is too good to be true - the hostel is "to die for"
Back to top