If you're looking for the best shows or movies starring Eva Mendes then here is a definitive list. We’ve ranked every movie and show starring Eva Mendes based on their popularity score from IMDB from best to worst. Click on the ‘see more’ button to find out where to watch them in Australia covering all streaming services. List updated in September 2021. 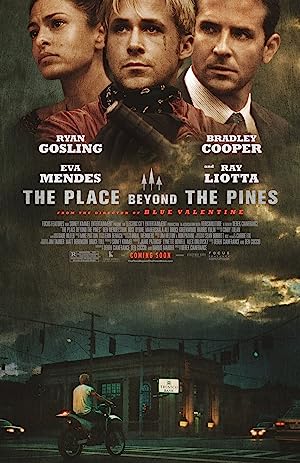 1. The Place Beyond the Pines

A mysterious and mythical motorcycle racer, Luke, (Ryan Gosling) drives out of a traveling carnival globe of death and whizzes through the backstreets of Schenectady, New York, desperately trying to connect with a former lover, Romina, (Eva Mendes) who recently and secretly gave birth to the stunt rider's son. In an attempt to provide for his new family, Luke quits the carnival life and commits a series of bank robberies aided by his superior riding ability. The stakes rise as Luke is put on a collision course with an ambitious police officer, Avery Cross, (Bradley Cooper) looking to quickly move up the ranks in a police department riddled with corruption. The sweeping drama unfolds over fifteen years as the sins of the past haunt the present days lives of two high school boys wrestling with the legacy they've inherited. The only refuge is found in the place beyond the pines. 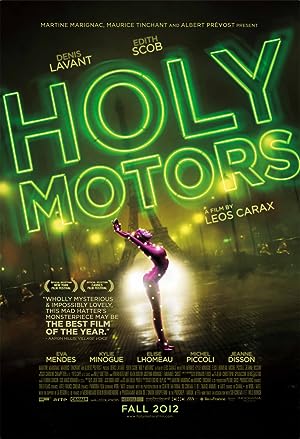 We see a few seconds of a black and white, silent art film. There is a dark movie theater filled with people watching this film. The camera mostly remains on the audience. Cut to a man sleeping on twin bed with a sleeping dog next to another empty twin bed with the same sheets. He gets up and looks out the window and we see he is next to an airport. One of the walls is covered in wallpaper with skinny bare trees. He puts his ear to the wall. There is a hole in the wall and he looks through it but we don't know if he can see anything. He has a metal instrument on the middle finger of his right hand. He sticks the instrument into the hole in the wall. His hand shakes a little and he turns the instrument. This allows him to open a door in the wall. The dog joins him as he steps through the door. There is a set of double doors and he steps through them. It seems as though he has stepped through the fire exit on the balcony of a movie theater, presumably the theatre that the film opened in. The balcony is empty but the lower part of the theater is full. Cut to a new scene; daytime, a house, a family outside. The bids farewell to his children as he leaves for work. The man walks to a limo. The driver, Celine, is waiting for him. The man's name is Mr. Oscar. 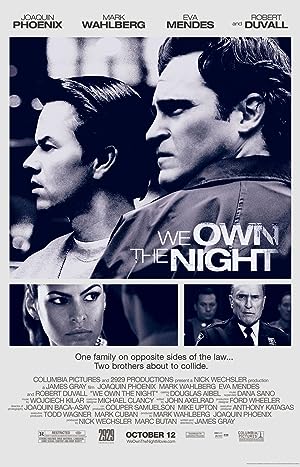 Brooklyn, 1988. Crime is rife, especially drugs and drug violence. A Russian thug is building his heroin trade, while everyone laughs at the cops. Brothers have chosen different paths: Joe has followed his father Bert into New York's Finest; he's a rising star. Bobby, who uses his mother's maiden name, manages a club. Bobby too is on the rise: he has a new girlfriend and a green-light to develop a Manhattan club. Joe and Bert ask him to help with intelligence gathering; he declines. Then, Joe raids Bobby's club to arrest the Russian. From there, things spiral out of control: the Russian puts out a hit on Joe, personal losses mount, and Bobby's loyalties face the test. 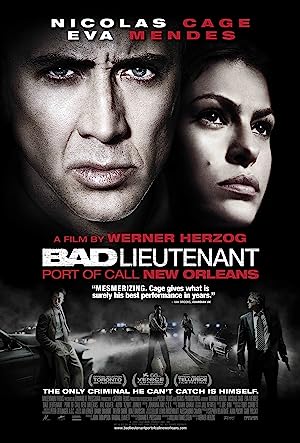 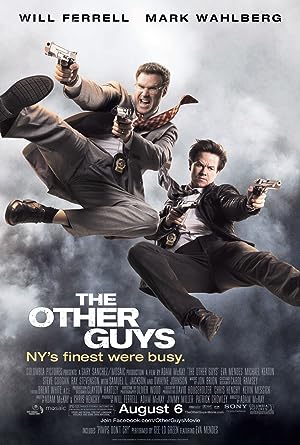 Terry Hoitz's past mistakes in the line of duty and Allen Gamble's reluctance to take risks have landed them the roles of the "Other Guys", disgraced New York City police detectives relegated to filling out paperwork for cocky hero cops Danson and Highsmith. The mismatched duo must look past their differences when they take on a high-profile investigation of shady capitalist David Ershon and attempt to fill the shoes of the notoriously reckless officers they idolize. 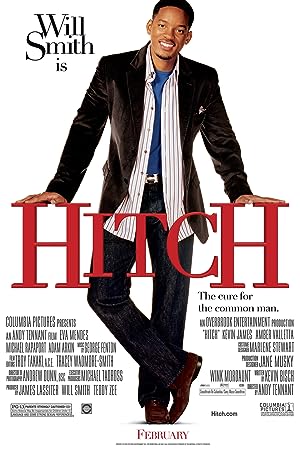 Alex Hitchens is "The Date Doctor." He helps men to land dates. Sara is a gossip columnist for a New York City tabloid. Both are very guarded around the opposite sex. Despite their natures, Alex and Sara begin a relationship. Complications ensue when Sara's latest scoop happens to be one of Alex's clients. 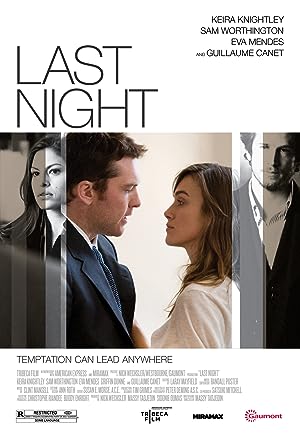 Joanna accuses her husband, Michael, of being attracted to his co-worker. Wanting to make-up before he goes on a business trip, she assumes she over-reacted. But when they are both away from each other for one night, Michael ends up testing his loyalty to Joanna and his attraction to Laura. And Joanna tests her honesty to Michael when her ex-boyfriend Alex suddenly appears in New York for the day. 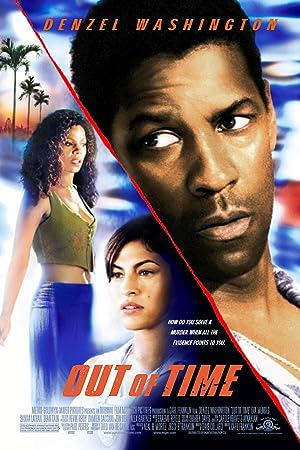 Matt Whitlock, the police chief of the small town of Banyan Key, Florida, is separated from his wife, Alex, a police homicide detective in MIami. Matt's been having an affair with Ann Merai Harrison, a woman who's separated from her abusive husband, Chris, and who says that she has cancer. When her doctor tells her of a new expensive treatment, Matt decides to give her the nearly half a million dollars in an evidence lock up that he seized from a local drug bust. When Ann and her husband turn up dead only days after naming Chief Whitlock as beneficiary on a million dollar Life insurance policy, things start heating up for Whitlock as the evidence his wife Alex is gathering stacks up against him. And as if things couldn't get worse, the D.E.A. now want the drug money a.s.a.p. Anxiety runs high for Whitlock as he scrambles to figure out who has set him up and also recover half a million dollars all while trying not to break a sweat or draw any suspicions. He's a man who is way out of his depth, nearly out of luck, and desperately close to being out of time. 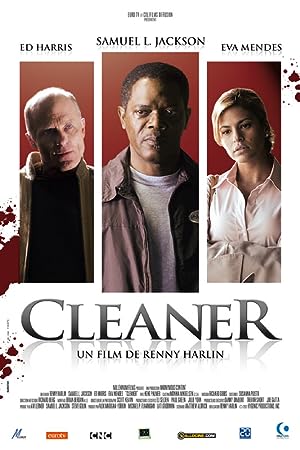 A former cop who now earns a wage as a crime scene cleaner unknowingly participates in a cover-up at his latest job. 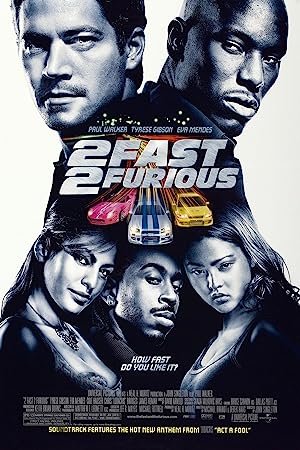 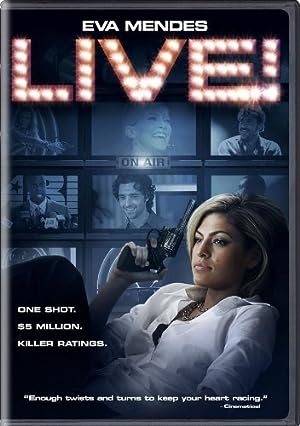 In a world where reality and entertainment are continuously colliding, Academy Award winning documentary filmmaker Bill Guttentag's feature debut Live! follows ABN network president Katy Courbet and up-and-coming documentary filmmaker Rex as inspiration strikes to create the most daring reality program ever. The show is Russian Roulette, network style, with contestants competing for five million dollars on-air, complete with loaded guns. As seen through the lens of a documentary film crew, Live! examines the competitive and often gut-wrenching world of television production, where everyone from the crew to the contestants to the network brass becomes engulfed in a ratings battle to the top-a battle where questions of morality, ethics and sheer will lead to a darkly humorous and unforgettable outcome. 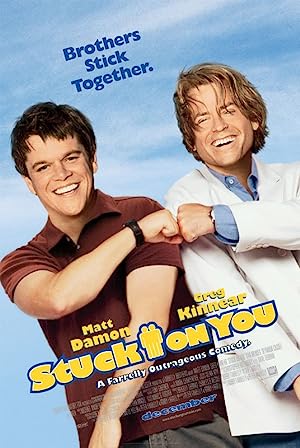 Bob and Walt Tenor are twin brothers, who not only share a passion for life, but also a liver. Thanks to their teamwork, being conjoined twins is not a handicap to them. But, when Walt's dreams of stardom of acting on the screen and Bob's shyness clashes, they both begin to fall out. This doesn't help when Bob's Internet girl arrives in town, unaware of their handicap, and when Walt gains his own TV show with Cher. 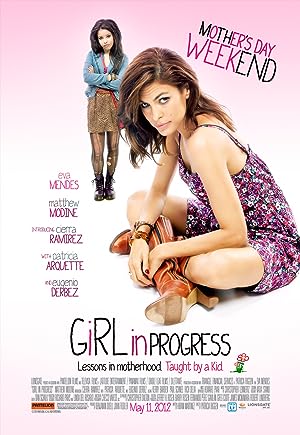 Ansiedad has always hated the fact that her mom Grace was never mature or responsible. After getting used to taking care of her mom instead of the other way around Ansiedad decides to become in adult in every way possible. With that in mind she creates an outrageous list of all the things she needs to accomplish in order to become an adult. This coming of age story shows that growing up is never as easy as it seems and that the best thing to do is stay put. 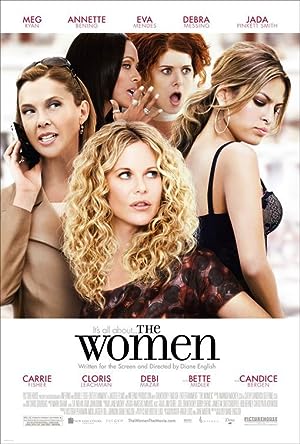 Based on a very clever comedy by Claire Booth, wife of Time Publisher Henry Luce and later Ambassador to Italy. One of the surprises was an all-woman cast, novel in the 1930's. And although there were no men in the cast, most of the dialog was about them. The story is rather thin and depended on the fact that divorce, in the 1930's, was not only difficult but almost impossible in New York. Mrs. Stephen Haynes learns that her husband is seeing a salesgirl at Saks, and reluctantly divorces him, abetted by her friends, all of whom have romantic problems of their own. In the 1930's New York women who could afford it went to Nevada, where residency could be established quickly and divorce was relatively easy. The 1939 film, starring Norma Shearer, Paulette Goddard, Rosalind Russell, and Joan Crawford, was a hit. This one, with an even better looking cast, is definitely not, largely because someone tried to move a 1930's situation comedy into the present.
Back to top