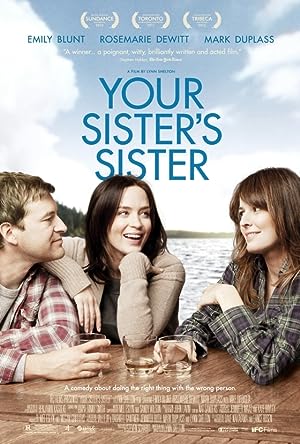 How to Watch Your Sister's Sister 2011 Online in Australia

The cast of Your Sister's Sister

What is Your Sister's Sister about?

Mourning the death of his brother, Jack's friend Iris invites him to her father's cottage for some alone time to recuperate. Unbeknownst to either of them, Iris's sister Hannah is also staying at their father's cottage recovering from her recent break-up. One entire bottle of tequila later, Jack and Hannah wake up to find Iris at the door. They each have secrets that they're tying to keep and they each have feelings that they're trying to sort out.

Where to watch Your Sister's Sister