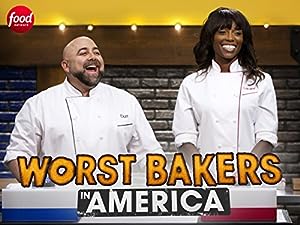 How to Watch Worst Bakers in America Online in Australia

What is Worst Bakers in America about?

The Food Network brings together the worst bakers in the US, making two teams with the help of renown bakers Duff Goldman and Lorraine Pascale, pitting them against each other for a grueling six weeks to see who is the best of the worst.

Where to watch Worst Bakers in America

Which streaming providers can you watch Worst Bakers in America on

The cast of Worst Bakers in America