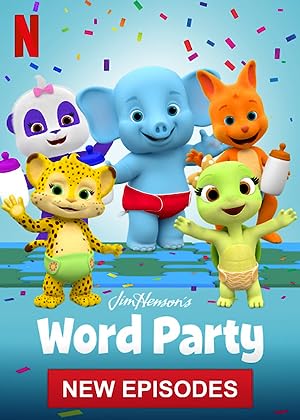 How to Watch Word Party Online in Australia

What is Word Party about?

A vocabulary-building show from The Jim Henson Company that follows four adorable baby animals as they sing, dance and play. The show invites young viewers to help teach the baby animals new words, practice these new words themselves, and celebrate these achievements with a "Word Party!" Word Party is produced using Henson Digital Puppetry Studio, a proprietary technology from Jim Henson's Creature Shop that allows puppeteers to perform digitally animated characters in real time - enabling the animation to be more lifelike and spontaneous.

Where to watch Word Party

Which streaming providers can you watch Word Party on

Here is the comprehensive list of streaming providers that will show Word Party in Australia. If Word Party will appear with other providers further down the line, this table will be updated.

The cast of Word Party

Word Party is a great Animation movie, we’ve selected several other movie options that we think you would like to stream if you have watched Word Party

Word Party is a great animation show, we’ve selected several other show options that we think you would like to stream if you have watched Word Party