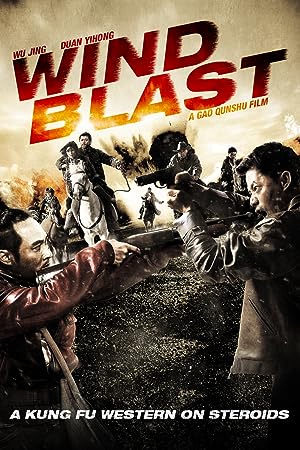 How to Watch Wind Blast 2010 Online in Australia

The cast of Wind Blast

What is Wind Blast about?

Zhang Ning, a hitman and underground boxer fleeing through the Gobi with his pregnant girlfriend, Sun Jing. Several nemeses are hot on their trail, including a pair of ruthless killers and a cadre of lawmen headed by Detective Leopard. Early on, the officers manage to capture Zhang and Sun and take them to their camp, but the assassins soon appear as well, which forces Zhang to assume a heroic role in the presence of his captors, and ignites a series of surprising and explosive reversals.

Where to watch Wind Blast