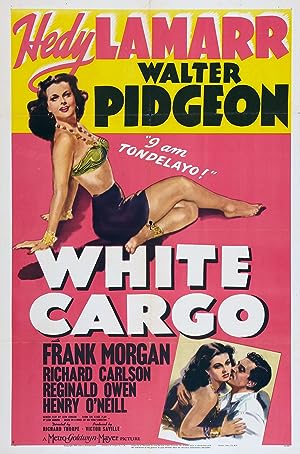 How to Watch White Cargo 1942 Online in Australia

Where to watch White Cargo

What is White Cargo about?

In Africa early in World War II, a British rubber plantation executive reminisces about his arrival in the Congo in 1910. He tells the story of a love-hate triangle involving Harry Witzel, an in-country station superintendent who'd seen it all, Langford, a new manager sent from England for a four-year stint, and Tondelayo, a siren of great beauty who desires silk and baubles. Witzel is gruff and seasoned, certain that Langford won't be able to cut it. Langford responds with determination and anger, attracted to Tondelayo because of her beauty, her wiles, and to get at Witzel. Manipulation, jealousy, revenge, and responsibility play out as alliances within the triangle shift.

Which streaming providers can you watch White Cargo on

Here is the comprehensive list of streaming providers that will show White Cargo in Australia. If White Cargo will appear with other providers further down the line, this table will be updated.

The cast of White Cargo