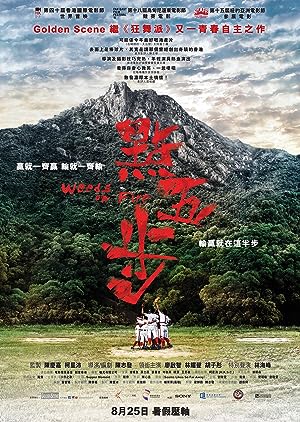 How to Watch Weeds on Fire 2016 Online in Australia

The cast of Weeds on Fire

What is Weeds on Fire about?

The 1st FFFI Winning Film Projects Create Hong Kong (CreateHK) of the Commerce and Economic Development Bureau first launched the First Feature Film Initiative (FFFI) in March 2013 to identify new talents through a competition on screenplay and production proposals. In the year of 1984, Sino-British Joint Declaration was signed and the future of Hong Kong became unclear. In the stream of history, this story of a baseball team beneath the Lion Rock had gradually been forgotten: In that year, 'Shatin Martins', the first Hong Kong youth baseball team, was formed. The 10 young players were living an uneasy and restless life as Hong Kong. Being humiliated by one defeat after another, the faith of 'Shatin Mart their strong rival, the Japanese Buffalo ins' hanged in the balance. However, the hardship only brought out their bravery to surmount themselves and overcome the struggles. Living in the golden age, these players ignited their glory with every game as they grew together with their city. Eventually, it all comes to the final game facing.

Where to watch Weeds on Fire