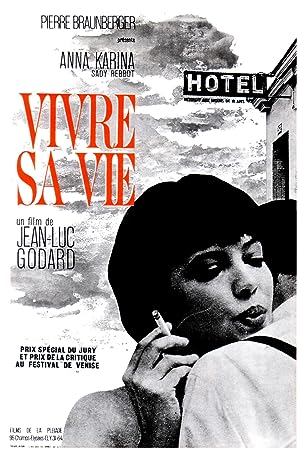 How to Watch Vivre Sa Vie 1962 Online in Australia

What is Vivre Sa Vie about?

This film explores a Parisian woman's descent into prostitution. The movie is comprised of a series of 12 "tableaux"-- scenes which are basically unconnected episodes, each presented with a worded introduction.

Where to watch Vivre Sa Vie

Which streaming providers can you watch Vivre Sa Vie on

Here is the comprehensive list of streaming providers that will show Vivre Sa Vie in Australia. If Vivre Sa Vie will appear with other providers further down the line, this table will be updated.

The cast of Vivre Sa Vie

Vivre Sa Vie is a great Drama movie, we’ve selected several other movie options that we think you would like to stream if you have watched Vivre Sa Vie

Vivre Sa Vie is a great drama show, we’ve selected several other show options that we think you would like to stream if you have watched Vivre Sa Vie