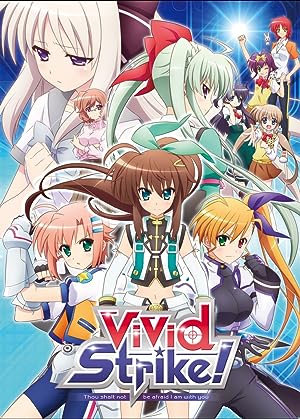 How to Watch ViVid Strike! Online in Australia

What is ViVid Strike! about?

Raised up in the same orphanage, Fuuka and Rinne were once close friends but parted company after a quarrel ended up with Rinne overwhelmed Fuuka with her martial art skills. Fuuka has a ...

Where to watch ViVid Strike!

Which streaming providers can you watch ViVid Strike! on

Here is the comprehensive list of streaming providers that will show ViVid Strike! in Australia. If ViVid Strike! will appear with other providers further down the line, this table will be updated.

The cast of ViVid Strike!

ViVid Strike! is a great Action movie, we’ve selected several other movie options that we think you would like to stream if you have watched ViVid Strike!

ViVid Strike! is a great action show, we’ve selected several other show options that we think you would like to stream if you have watched ViVid Strike!