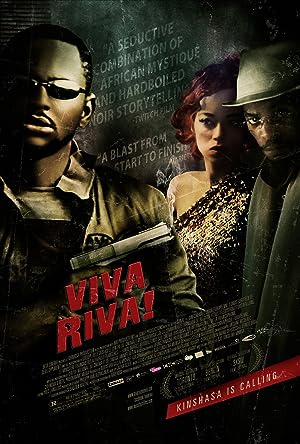 How to Watch Viva Riva! 2010 Online in Australia

The cast of Viva Riva!

What is Viva Riva! about?

Riva is an operator, a man with charm and ambition in equal measure. Kinshasa is an inviting place. With petrol in short supply in DRC's capital, he and his sidekick pursue a plot to get hold of a secret cache - barrels of fuel they can sell for a huge profit. Of course they're not the only ones who want the stuff. Cesar is a ruthless, sharply dressed foreigner thriving in Kinshasa's lawless streets. A female military officer joins the fray. Even the church will betray its tenets for a piece of the action. But Riva's main nemesis is Azor, a crime boss in the classic style: big, decadent and brutal. He's not a man to mess with, but his girlfriend, Nora, may just be the most seductive woman in all of DRC. Riva catches sight of her dancing at a nightclub and it's not long before Nora matches the fuel cache as a coveted object of his lust.

Where to watch Viva Riva!