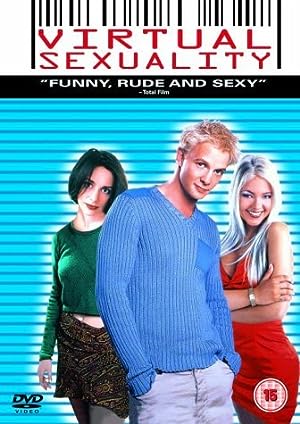 How to Watch Virtual Sexuality 1999 Online in Australia

The cast of Virtual Sexuality

What is Virtual Sexuality about?

Desperate to find her perfect man Justine goes to a technology fair with her nerdy classmate Chas. It's not really her thing but is eventually persuaded to try a virtual reality makeover machine and discovers that she can create her perfect man even if it is only an electronic facsimile. The power surge from a freakish accident causes a part of her psyche to be copied into her virtual perfect man and he becomes real! Chas befriends the somewhat disoriented newly created man, who calls himself Jake, and he explains that it is really Justine inside. Justine is immediately attracted to Jake but he seems more interested in the voluptuous, man-eater known as "the Hoover" who seems to posses an innate ability to attract men without even trying! In sheer frustration Justine decides to date the sleazy Alex in an attempt to become a woman. As the day of the big date looms what will Chas and Jake do to thwart Justine and eventually what will become of Jake?

Where to watch Virtual Sexuality