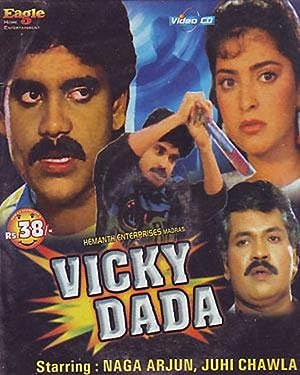 How to Watch Vicky Dada 1989 Online in Australia

What is Vicky Dada about?

This is the story of a law-abiding young man, Vikram who is studying law to protect the rights of innocents. After attaining his credentials as a lawyer, he is aghast at the way the courts release criminals, mostly due to lack of evidence, and intimidation of witnesses. He, therefore, gives up his profession and calls himself Vicky Dada, the avenger of the poor and the helpless. As his career is null and void without any future, he foregoes his love with Shyamlee, and starts to love Savitri. Shyamlee is devastated at this, and vows to find out the reason behind the change in Vikram's behaviour.

Where to watch Vicky Dada

Which streaming providers can you watch Vicky Dada on

Here is the comprehensive list of streaming providers that will show Vicky Dada in Australia. If Vicky Dada will appear with other providers further down the line, this table will be updated.

The cast of Vicky Dada

Vicky Dada is a great Action movie, we’ve selected several other movie options that we think you would like to stream if you have watched Vicky Dada