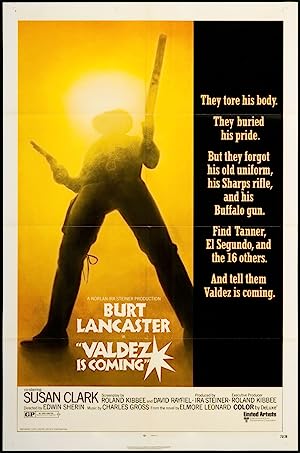 How to Watch Valdez Is Coming 1971 Online in Australia

The cast of Valdez Is Coming

What is Valdez Is Coming about?

The town constable, Bob Valdez, is forced to kill someone accused by Frank Tanner of being a murderer. Valdez asks Tanner for monetary help for the man's wife, but he is ridiculed and almost killed by Tanner's henchmen. Valdez recovers and summons up his days in the U.S. Cavalry in order to fight them. Valdez wounds one of the henchmen and sends him back to Tanner with the message, "Valdez is coming."

Where to watch Valdez Is Coming