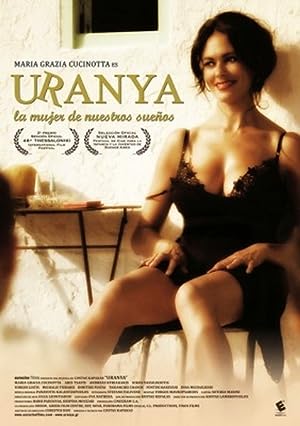 How to Watch Uranya 2006 Online in Australia

Summer 1969. Dictatorship. In a small country town, young Achileas breaks his leg by falling off the yard wall of the local cinema. He wanted to see Brigit Bardo naked... However, during his visit to the city to treat his broken leg, for the first time in his life he sees a television! The program informs about the launching of Apollo to the moon. The idea of the launching becomes Achileas' obsession and along with his friends they collect money, in order to purchase a TV set. However, soon, the dilemma becomes imperative. Will they buy a television or "visit" all together Uranya in order to be taught the secrets of love? The situation gets even more complicated when the authorities arrest Achileas' father along with the father of a good friend in order to intimidate others: Spiros Agnew, who will visit Greece, intends to visit the small country town as well and so everything must show quiet and "friendly" to the regime... Achileas and his friends will not give up that easy... In order to buy the television of their dreams, they will accept to distribute Greek and American flags to the people of the town. Achileas' disappointment is immense, when he discovers that the money collected was stolen by his friends, for other, more "erotic" destinations. The unexpected arrival of a television Uranya in town by the "town's crazy man" will result in watching Apollo's launch in the café in a rather paradoxical way... whereas the local cinema will stay deserted.