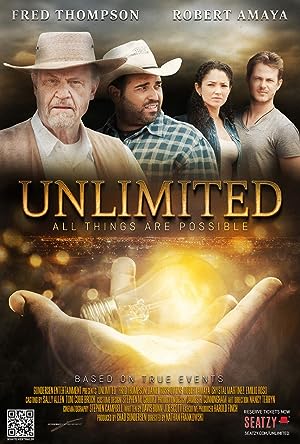 How to Watch Unlimited 2013 Online in Australia

What is Unlimited about?

Simon Orwell is a brilliant student whose life has taken a series of wrong turns. At the point of giving up on his dreams, he gets a call from an old professor who has discovered a breakthrough in a device that would create unlimited energy, and he needs Simon's help. But once he crosses the border, nothing goes as planned. The professor has been killed and Simon is assaulted and nearly killed by members of a powerful drug cartel. Now he must take refuge in the only place that will help him - a local orphanage. There, Simon meets Harold Finch, the proprietor of the orphanage who walked away from a lucrative career with NASA and consulting Fortune 500 companies to serve a higher cause. With Harold's help, Simon sets out on a quest to uncover who killed the professor and why, but in the process discovers the secret to both the world-changing device and his own unlimited potential.

Where to watch Unlimited

Which streaming providers can you watch Unlimited on

Here is the comprehensive list of streaming providers that will show Unlimited in Australia. If Unlimited will appear with other providers further down the line, this table will be updated.

The cast of Unlimited

Unlimited is a great Adventure movie, we’ve selected several other movie options that we think you would like to stream if you have watched Unlimited

Unlimited is a great adventure show, we’ve selected several other show options that we think you would like to stream if you have watched Unlimited