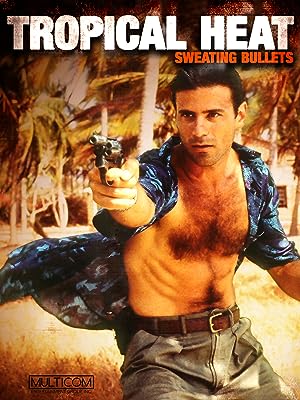 How to Watch Tropical Heat Online in Australia

What is Tropical Heat about?

Nick Slaughter, an ex-RCMP and DEA agent, who had dropped out of society after being fired from his job, relocates to the Florida town of Key Mariah to start a detective service. In the process he meets Sylvie Gerard, a local travel agent. Together they form a strong partnership and quite the detective team. However, the local police squad never made it easy so they often require help from their friends: Ian, Spider (owners of the Tropical Heat Bar at different times) and Rollie (local police mortician). The Town of Key Mariah will never be the same again thanks to Nick Slaughter and company.

Where to watch Tropical Heat

Which streaming providers can you watch Tropical Heat on

Here is the comprehensive list of streaming providers that will show Tropical Heat in Australia. If Tropical Heat will appear with other providers further down the line, this table will be updated.

The cast of Tropical Heat

Tropical Heat is a great Action movie, we’ve selected several other movie options that we think you would like to stream if you have watched Tropical Heat

Tropical Heat is a great action show, we’ve selected several other show options that we think you would like to stream if you have watched Tropical Heat