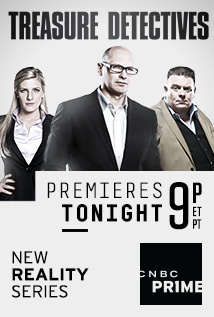 How to Watch Treasure Detectives Online in Australia

What is Treasure Detectives about?

In each one-hour episode, the "Treasure Detectives" team will track two cases verifying the authenticity of collectibles, artwork and antiquities to determine whether they are sophisticated forgeries or legitimate collectors' items -- answers that could cost or earn owners a small fortune.

Where to watch Treasure Detectives

Which streaming providers can you watch Treasure Detectives on

The cast of Treasure Detectives