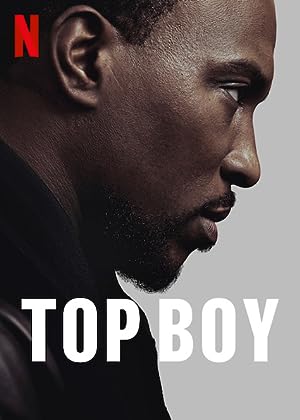 How to Watch Top Boy Online in Australia

What is Top Boy about?

A thriving but underground drugs business is being run by Dushane ('Ashley Walters') and his friend Sully (Kane Robinson) to become the richest men on the block. To live rich Dushane and Sully go into partnership with top don Bobby Raikes ('Geoff Bell (I)'). Rivalry with Kamale (Scorcher) and his gang results in their loan from Raikes being stolen, and they swear revenge. Thirteen-year old Ra'Nell (Malcolm Kamulete) gradually gets lured into the gang and drug business as his mother Lisa (Sharon Duncan-Brewster) has a breakdown and is hospitalised - with devastating consequences.

Where to watch Top Boy

Which streaming providers can you watch Top Boy on

Here is the comprehensive list of streaming providers that will show Top Boy in Australia. If Top Boy will appear with other providers further down the line, this table will be updated.

The cast of Top Boy

Top Boy is a great Crime movie, we’ve selected several other movie options that we think you would like to stream if you have watched Top Boy

Top Boy is a great crime show, we’ve selected several other show options that we think you would like to stream if you have watched Top Boy