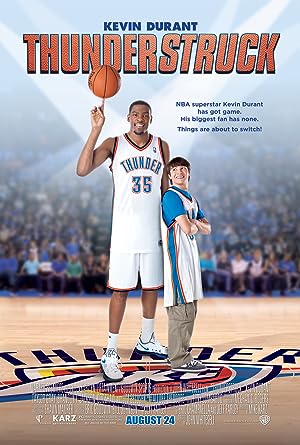 How to Watch Thunderstruck 2012 Online in Australia

The cast of Thunderstruck

What is Thunderstruck about?

A fun and energetic family basketball movie starring Kevin Durant AS HIMSELF, a basketball star who switches talent with a klutzy 16 year old fan. When Brian, a hopelessly uncoordinated young fan magically switches talents with his hero, Kevin Durant, he becomes the star of his high school team...while Kevin Durant suddenly can't make a shot to save his life. But with the playoffs approaching, Brian learns that being a true winner involves working hard at your own game, and he tries to make things right in time to prevent a catastrophic end to his hero's season.

Where to watch Thunderstruck