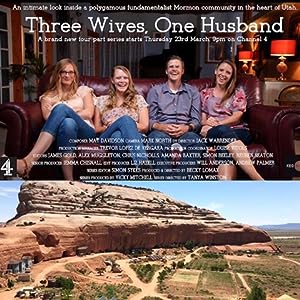 How to Watch Three Wives, One Husband Online in Australia

What is Three Wives, One Husband about?

Filmmakers gain access to the community of Rockland Ranch in the middle of the Utah desert where 14 polygamous Mormon families have created unique homes for themselves carved out of a rock-face.

Where to watch Three Wives, One Husband

Which streaming providers can you watch Three Wives, One Husband on

The cast of Three Wives, One Husband