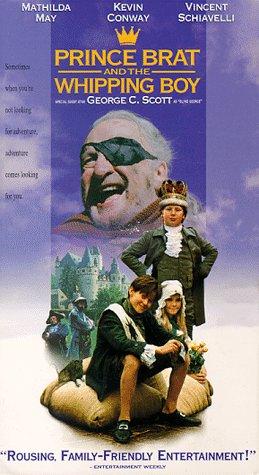 How to Watch The Whipping Boy 1994 Online in Australia

The cast of The Whipping Boy

What is The Whipping Boy about?

The king of tiny Bratenberg hopes in vain his lazy, unruly heir Horace will behave for the sake of his whipping boy, abandoned commoner Jemmy, whom he had absurdly arrested as later his kid sister Annyrose, who lands in jail. Alas Horace only regrets Jemmy who bravely fails to wince or whine when whipped for the prince's faults. After Horace's tomfoolery sabotages vital border negotiations with related King Philip's ambassador, he flees the palace with Jemmy. They get kidnapped, and Horace learns to appreciate his street-smart 'inferior' while growing up a little. The king realizes emotionally neglecting Horace is, the root of his pranks for attention.

Where to watch The Whipping Boy