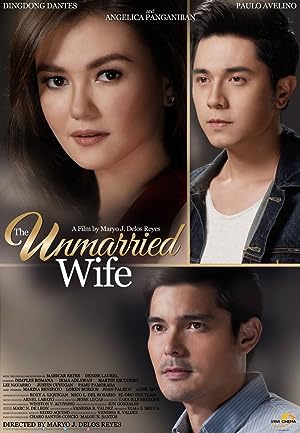 How to Watch The Unmarried Wife 2016 Online in Australia

What is The Unmarried Wife about?

Anne Victorio (Angelica Panganiban), a brand manager, is determined to always choose what is right and become the perfect wife and mom her mother never was. Her marriage to the equally successful Geoff (Dingdong Dantes) is the envy among her peers. Unknown to most people, Anne has been betrayed by Geoff and is just putting up a façade of an untroubled family life. After finally deciding to file for annulment and live separately from her husband, Anne meets Brian (Paulo Avelino), an enigmatic and carefree man, also recently separated from his spouse. Despite Anne's initial apprehension, she decides to enter into a relationship with Brian even if she is still technically married to Geoff. But as Anne rediscovers a new life as an "unmarried woman", complications arise as she balances the demands of her passionate new relationship with her obligations as a mother and her still unresolved and complicated feelings for her soon-to-be ex-husband.

Where to watch The Unmarried Wife

Which streaming providers can you watch The Unmarried Wife on

The cast of The Unmarried Wife