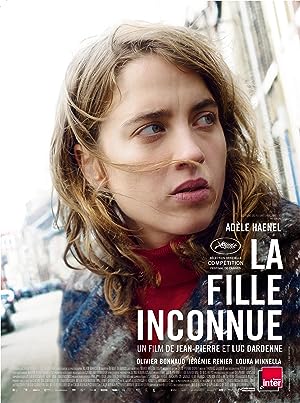 How to Watch The Unknown Girl 2016 Online in Australia

The cast of The Unknown Girl

What is The Unknown Girl about?

The efficient Dr. Jenny Davin works hard and has been chosen to replace Dr. Habran, who has just retired, at the Kennedy Hospital. One night, someone rings the bell of her office after-hours and Dr. Davin asks her trainee Julien to not open the door since does not to seem an emergency. On the next morning, Police Inspectors Ben Mahmoud and Bercaro require her surveillance tape since a teenager was found dead on the other side of the road and they are investigating what happened. Jenny feels guilty for not opening the door and becomes obsessed to find the teenager's identity. Her investigation affects her relationship with patients that might know something about the unknown girl.

Where to watch The Unknown Girl