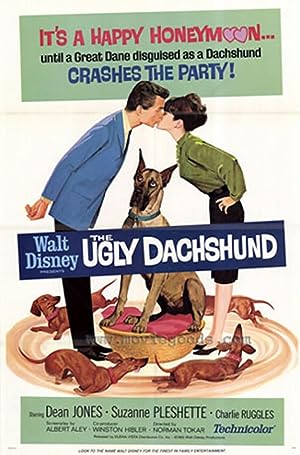 How to Watch The Ugly Dachshund 1966 Online in Australia

The cast of The Ugly Dachshund

What is The Ugly Dachshund about?

Fran Garrison's all in a tizzy because her prize Dachshund, Danke, is having pups, and she has hopes of one of the pups becoming a champion. But at the vet's, her husband Mark is talked into letting Danke wet nurse a Great Dane pup that's been abandoned by his mother. And Mark wants to keep the Great Dane. But Brutus has this problem: he thinks he's a dachshund and he's too big to be a lapdog. But when Fran ridicules Brutus one too many times, Jim's got a plan to prove to everyone (and Fran) that a great Dane can be far more than just an ugly dachshund.

Where to watch The Ugly Dachshund