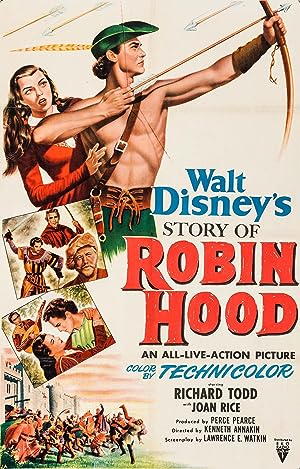 What is The Story of Robin Hood and His Merrie Men about?

Young Robin Hood, in love with Maid Marian, enters an archery contest with his father at the King's palace. On the way home his father is murdered by hench men of Prince John. Robin takes up the life of an outlaw, gathering together his band of merry men with him in Sherwood Forest, to avenge his father's death and to help the people of the land that Prince John are over taxing.

Watch The Story of Robin Hood and His Merrie Men