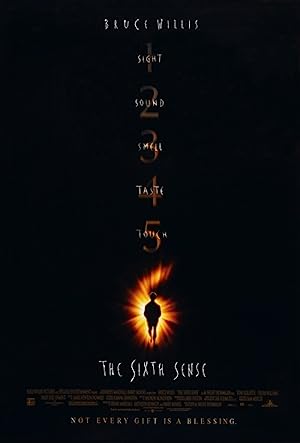 How to Watch The Sixth Sense 1999 Online in Australia

What is The Sixth Sense about?

Malcom Crowe (Bruce Willis)is a child psychologist who receives an award on the same night that he is visited by a very unhappy ex-patient. After this encounter, Crowe takes on the task of curing a young boy with the same ills as the ex-patient (Donnie Wahlberg) . This boy "sees dead people". Crowe spends a lot of time with the boy much to the dismay of his wife (Olivia Williams). Cole's mom (Toni Collette) is at her wit's end with what to do about her son's increasing problems. Crowe is the boy's only hope.

Where to watch The Sixth Sense

Which streaming providers can you watch The Sixth Sense on

The cast of The Sixth Sense

The Sixth Sense is a great Drama movie, we’ve selected several other movie options that we think you would like to stream if you have watched The Sixth Sense

The Sixth Sense is a great drama show, we’ve selected several other show options that we think you would like to stream if you have watched The Sixth Sense