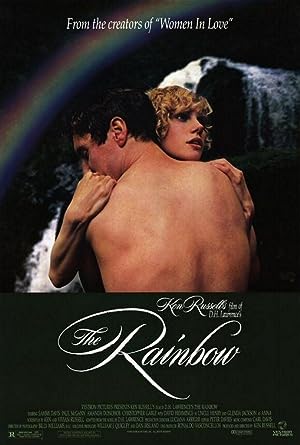 How to Watch The Rainbow 1989 Online in Australia

The cast of The Rainbow

What is The Rainbow about?

Ken Russell's loose adaptation of the last part of D.H. Lawrence's "The Rainbow" sees impulsive young Ursula coming of age in pastoral England around the time of the Boer War. At school, she is introduced to lovemaking by a bisexual physical education instructress. While experiencing disillusionment in her first career attempt (teaching), she has an affair with a young Army officer, who wants to marry her. Unable to accept a future of domesticity, she breaks with him, and eventually leaves home in search of her destiny.

Where to watch The Rainbow